Me, you and the sea | Giulia and Valerio’s Elopement

If there is a moment of the day that is particularly magical and romantic, that is sunset, when the sun hides behind the horizon to make way for the night and the moon.

Better than a sunset there is only a sunset on the sea, with the sun reflecting on the water and giving us a majestic show of lights and colors.

When, shortly after choosing me as a photographer for their wedding, Giulia and Valerio had mentioned to me the idea of ​​treating themselves to a day at the beach by dressing up as newlyweds, I was not already in the skin! The reason I would say is clear: shooting at the sea is an incredible pleasure for me because I find that there is nothing more beautiful!

We have chosen Cervo as our destination, one of the most beautiful villages in Italy: an ancient village of medieval origin strategically built on a hill that flows into the sea. The historic center, completely renovated preserving its original characteristics, has remained as it is in the stone structure, with the cobbled alleys to be covered only and exclusively on foot, which climb up to the top, dominated by the Church of San Giovanni Battista.

Definitely a characteristic and fabulous country in which to shoot. Finally we walked the steps that led us to a cliff overlooking the sea and here the combination of light and sea was simply magical: the sunset, the sound of the waves and the sense of peace that was perceived. 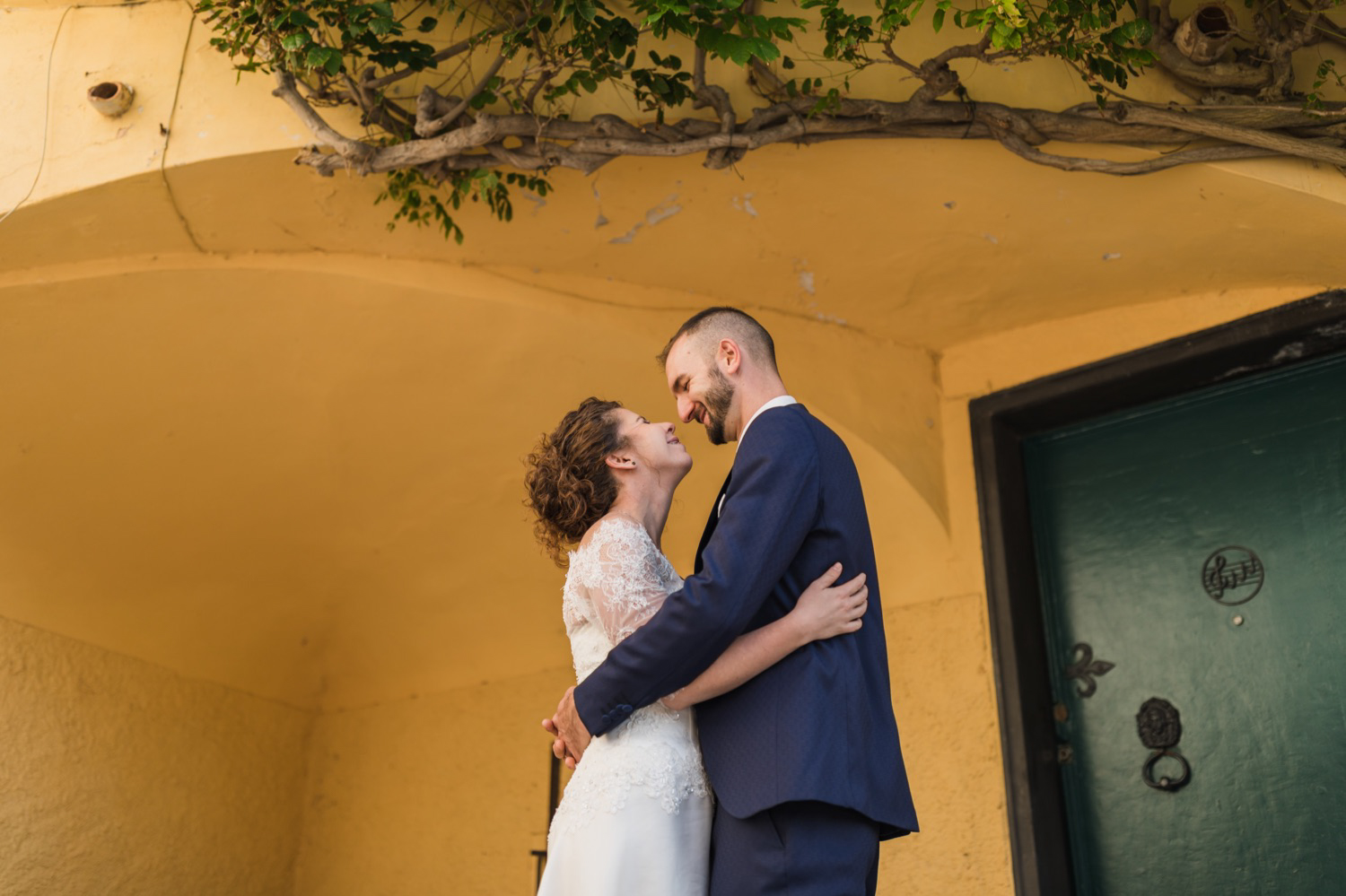 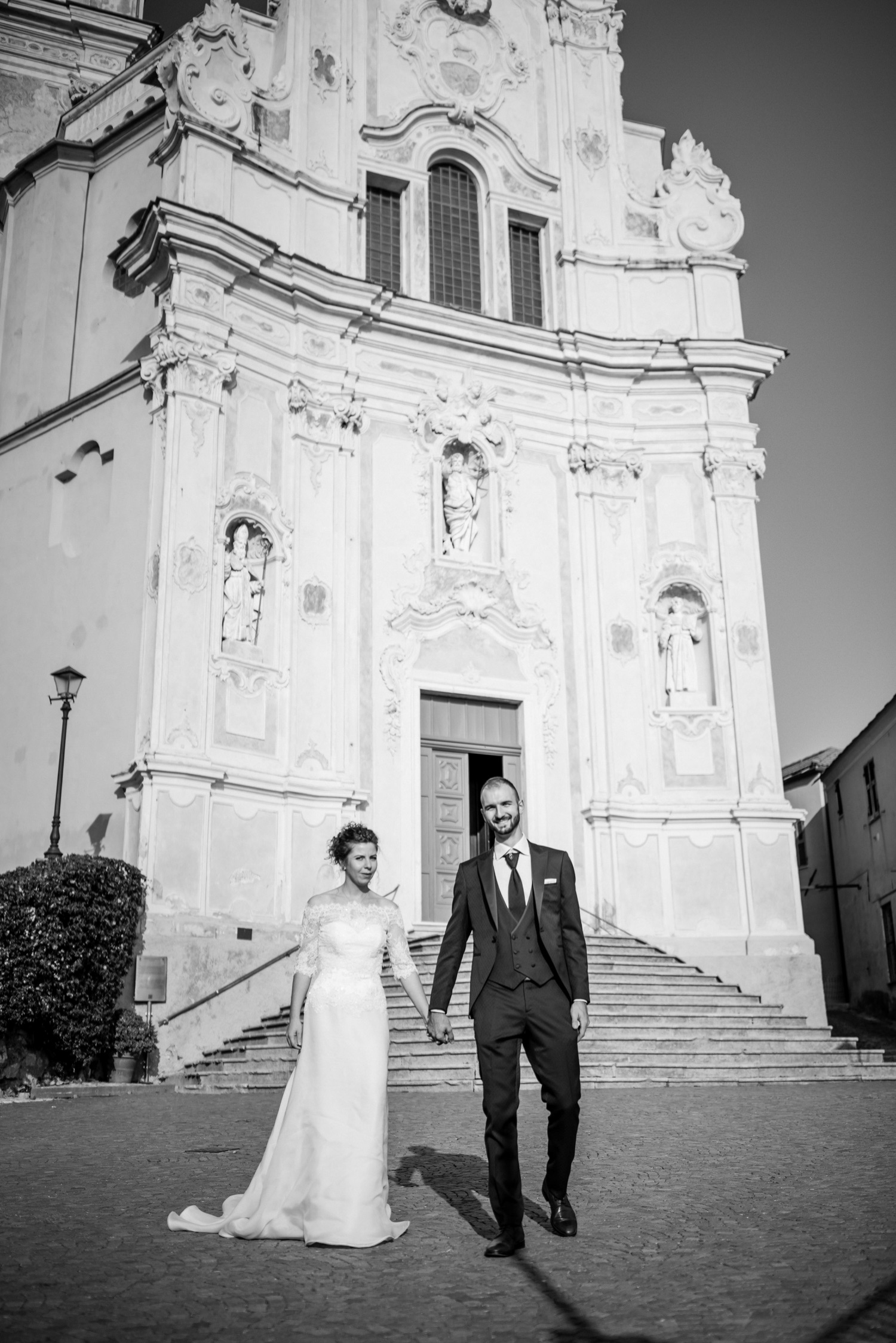 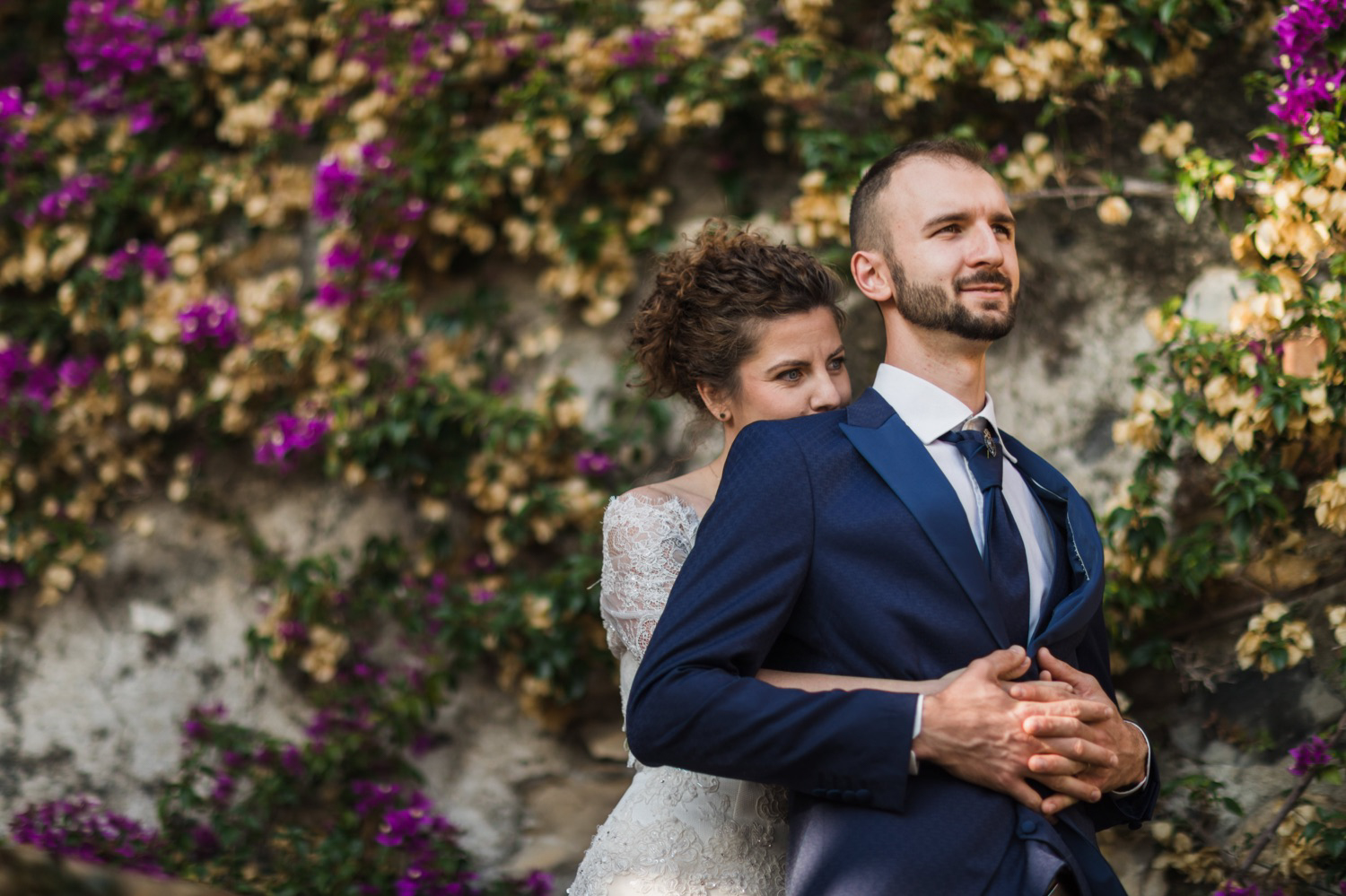 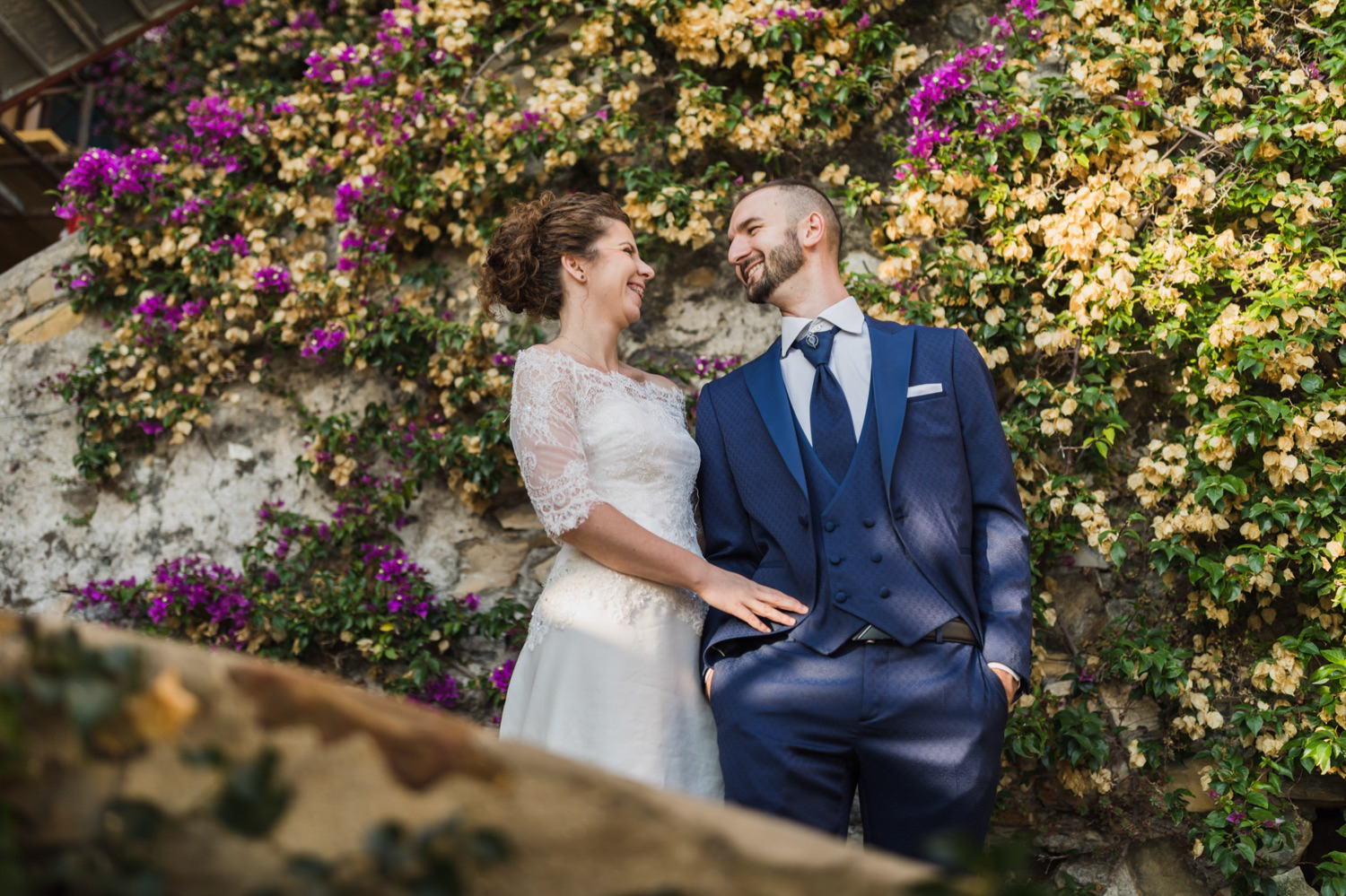 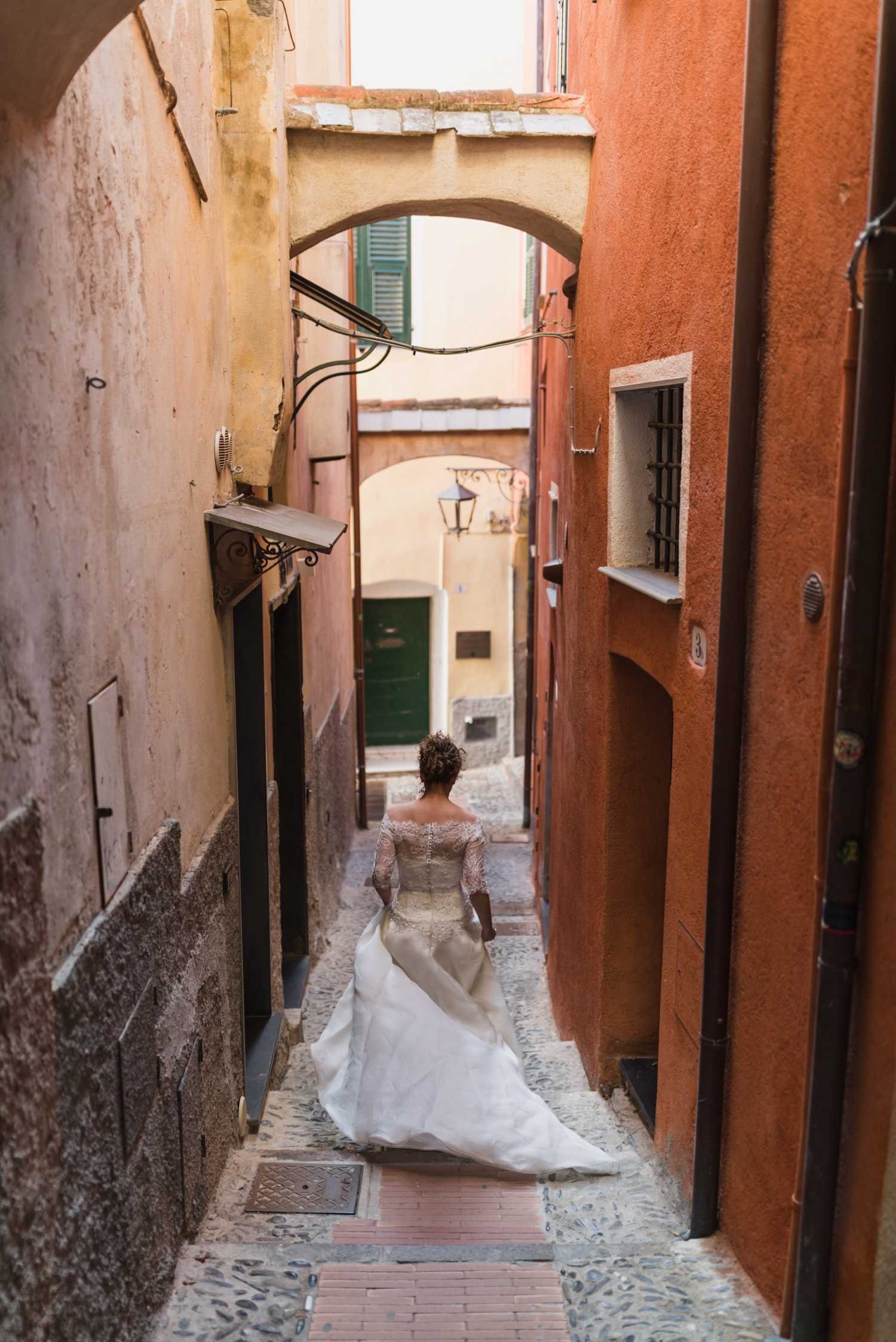 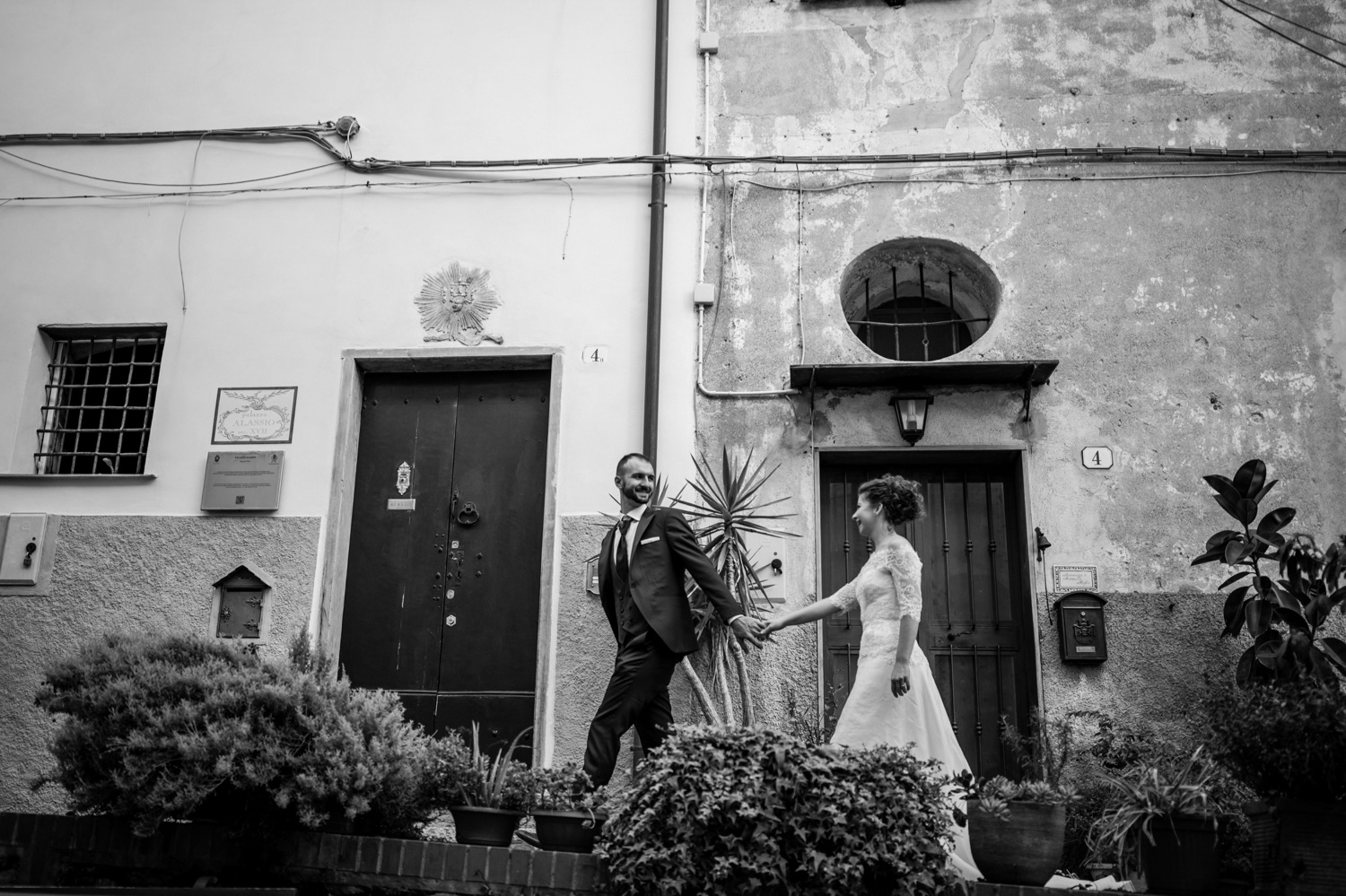 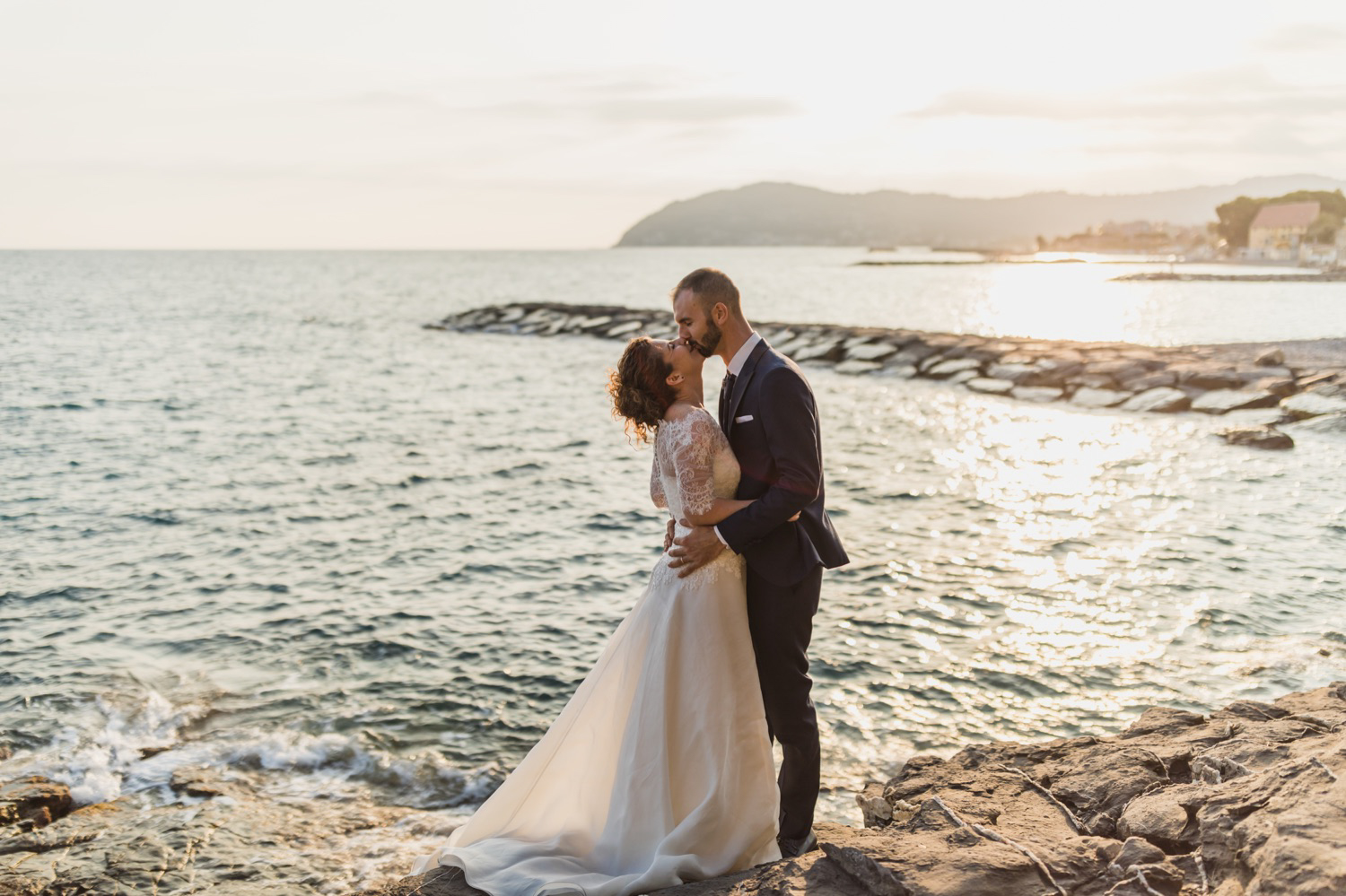 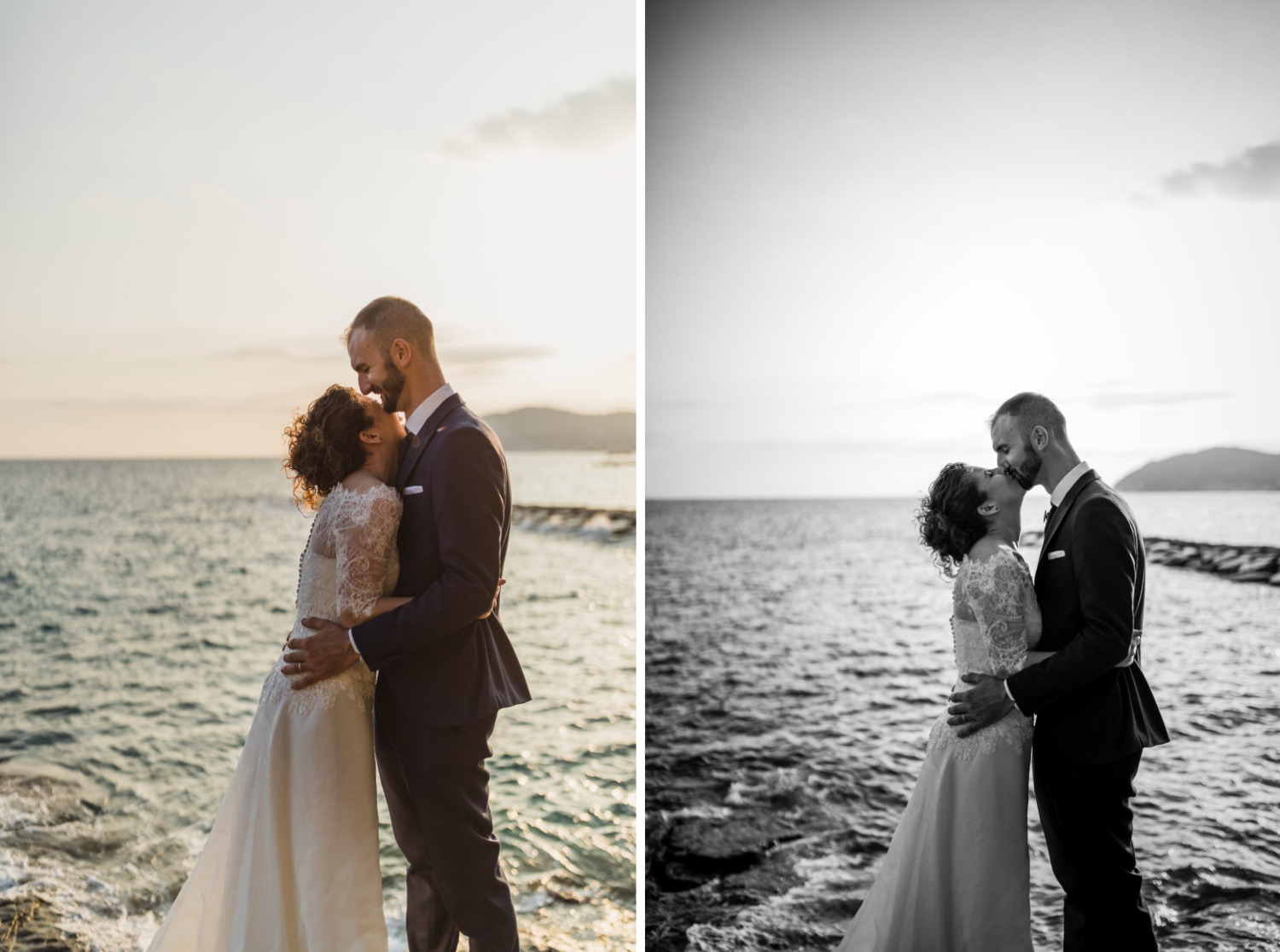 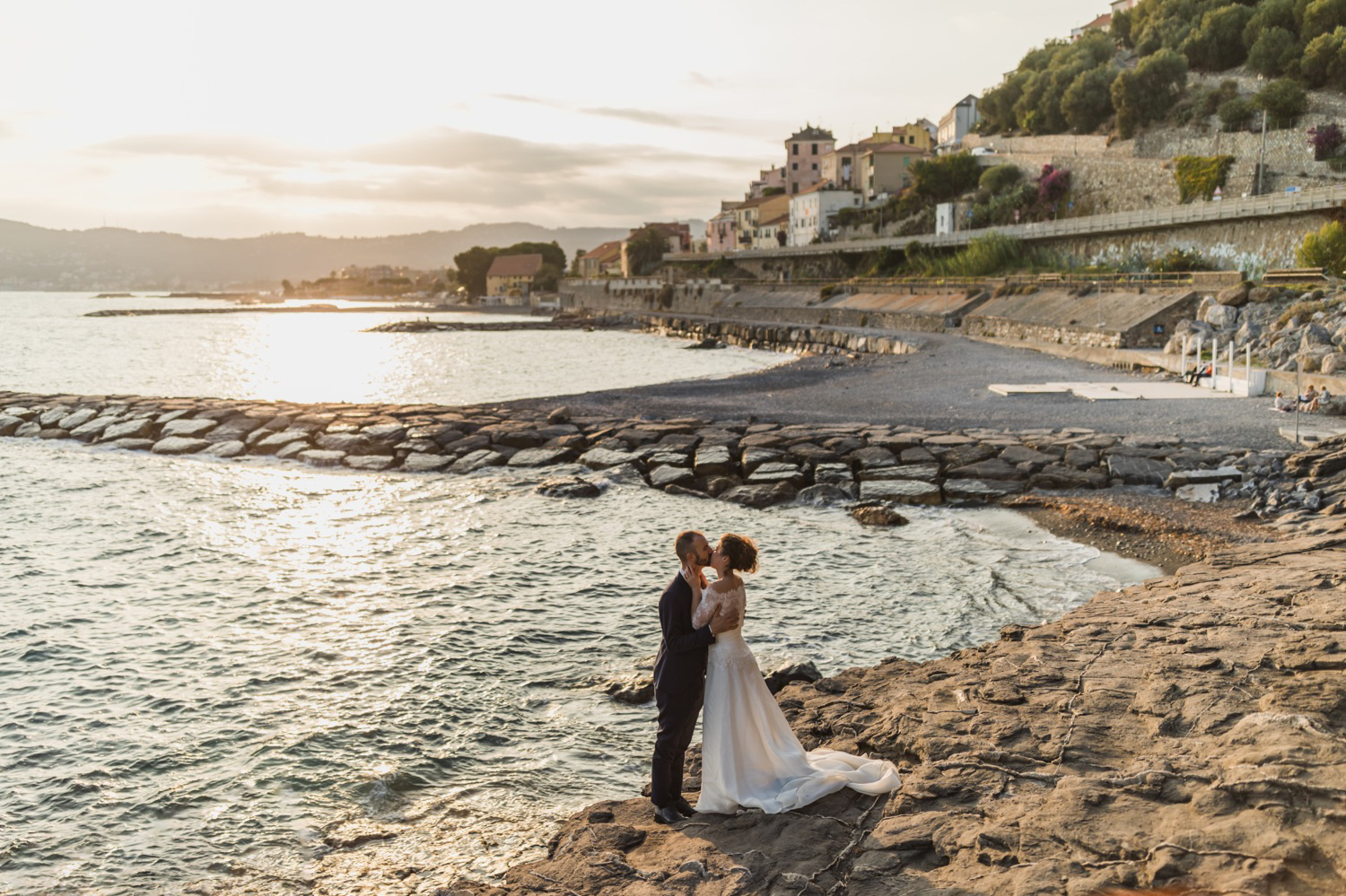 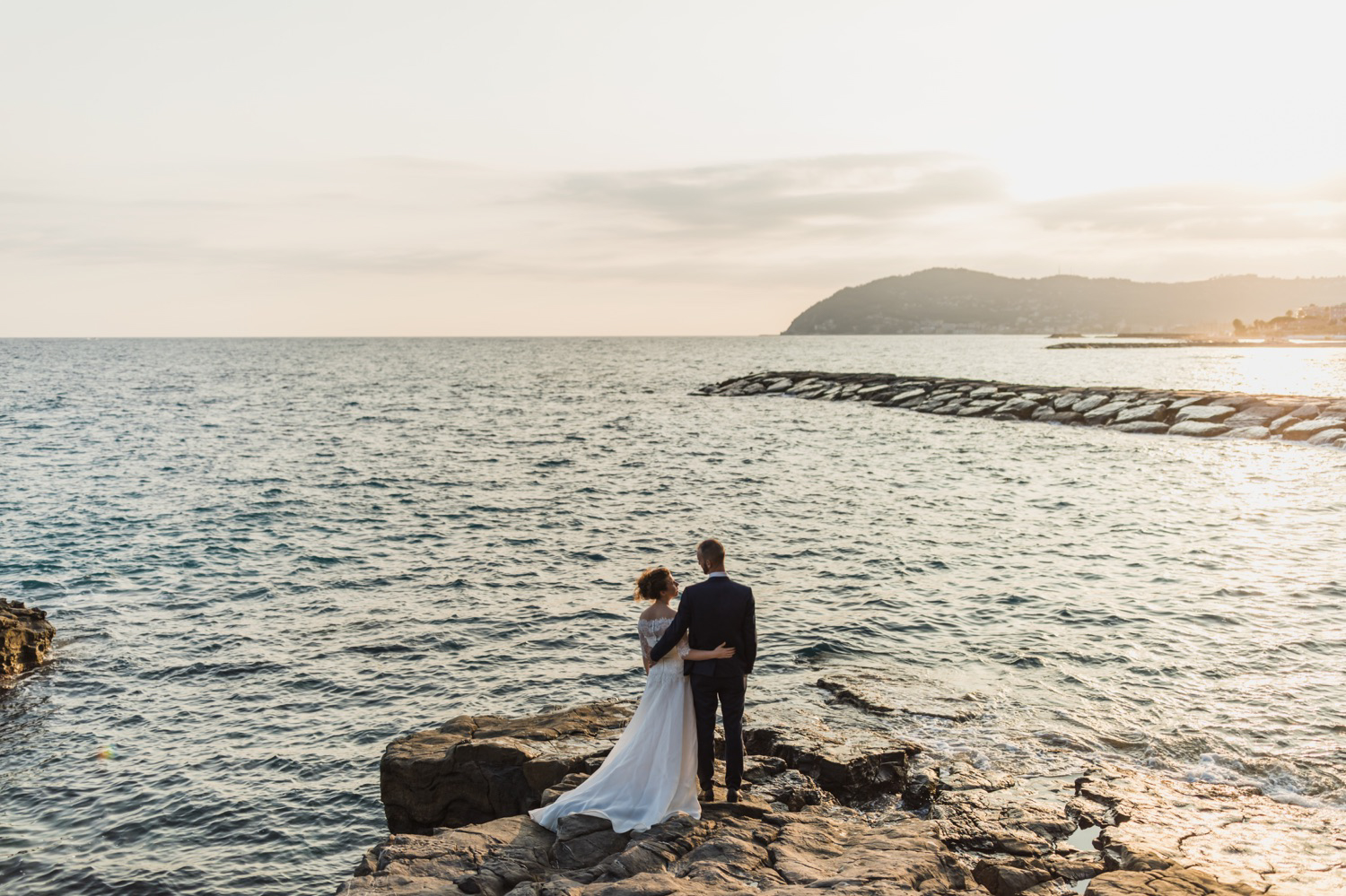 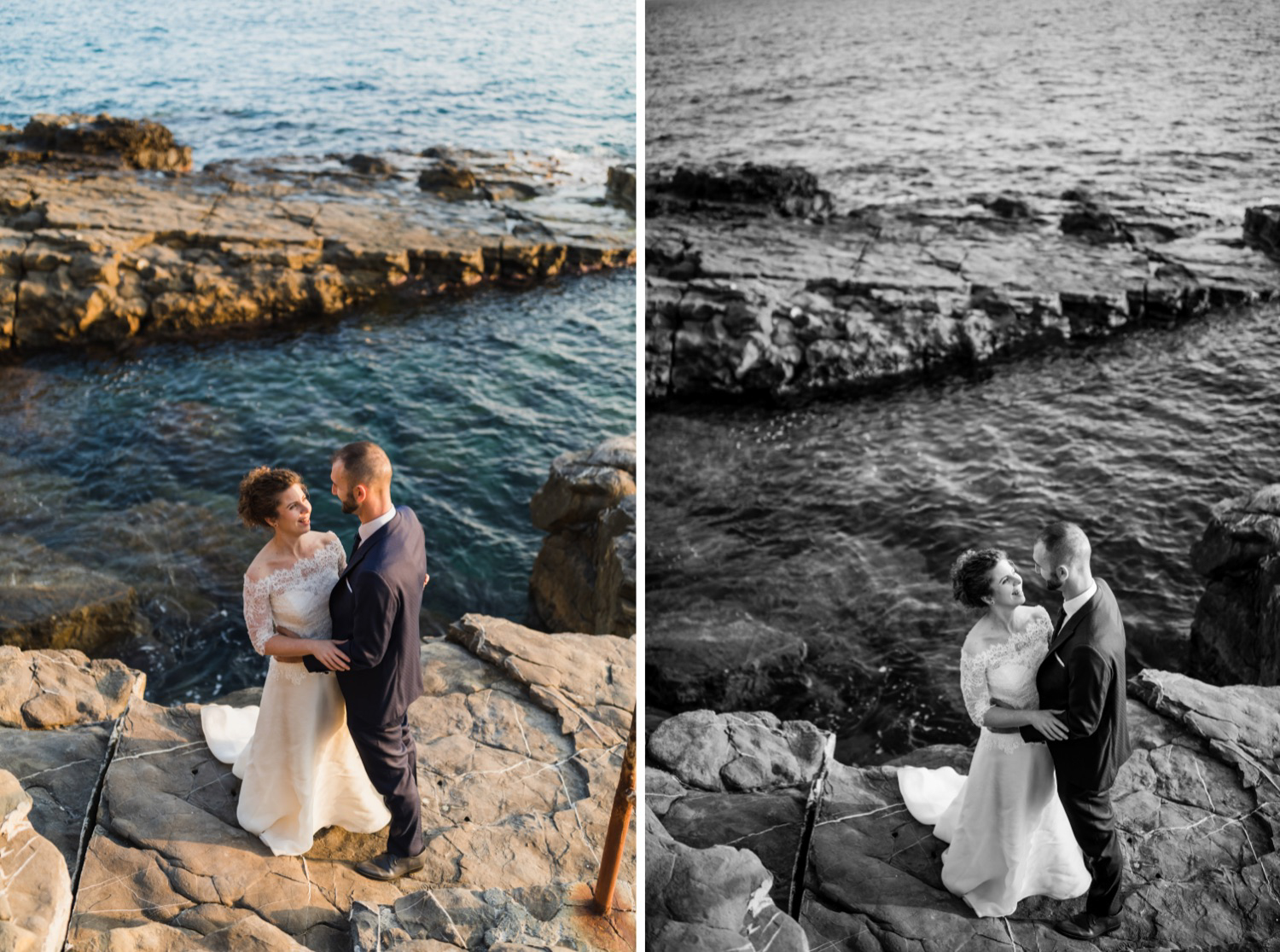 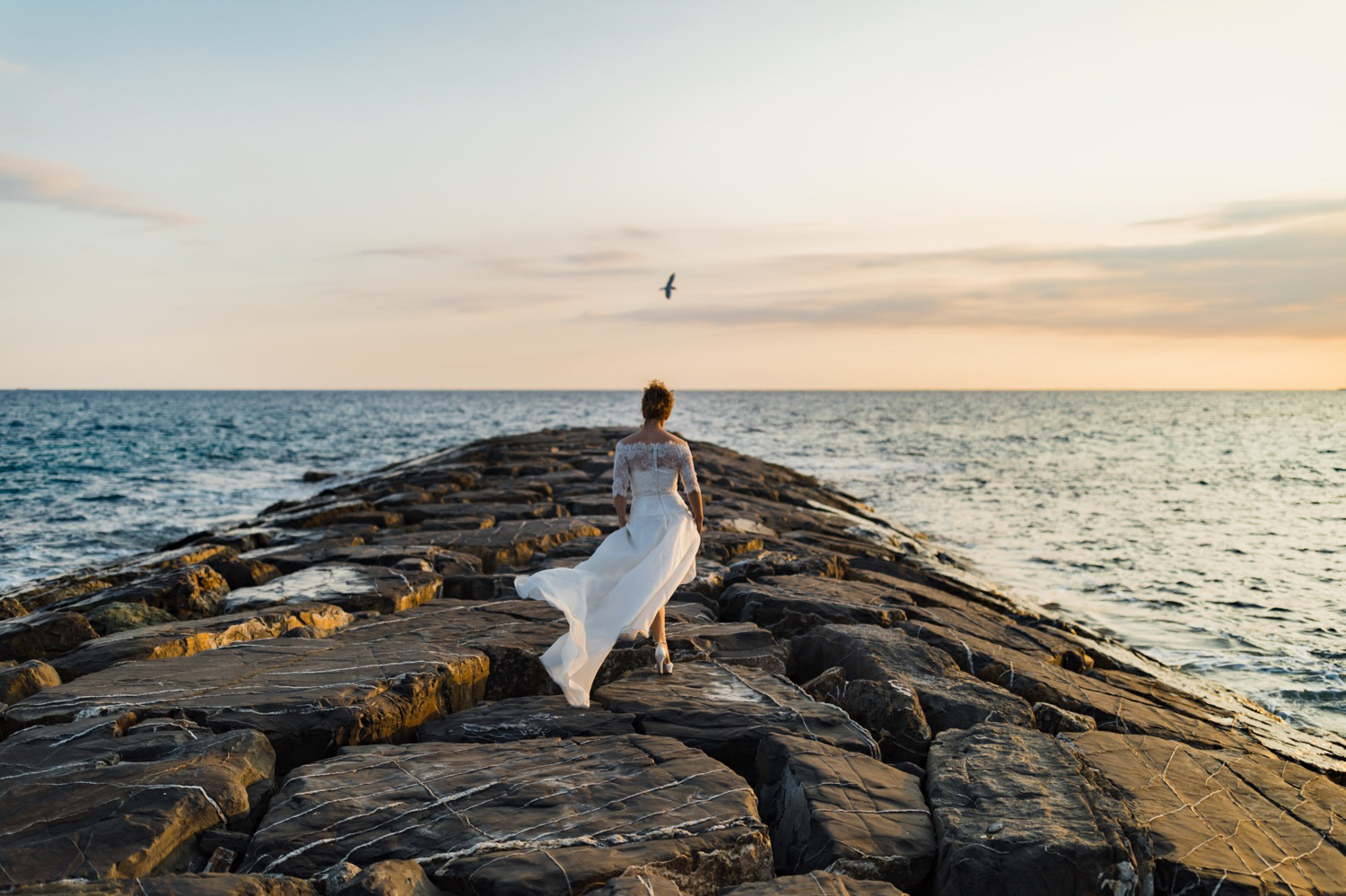 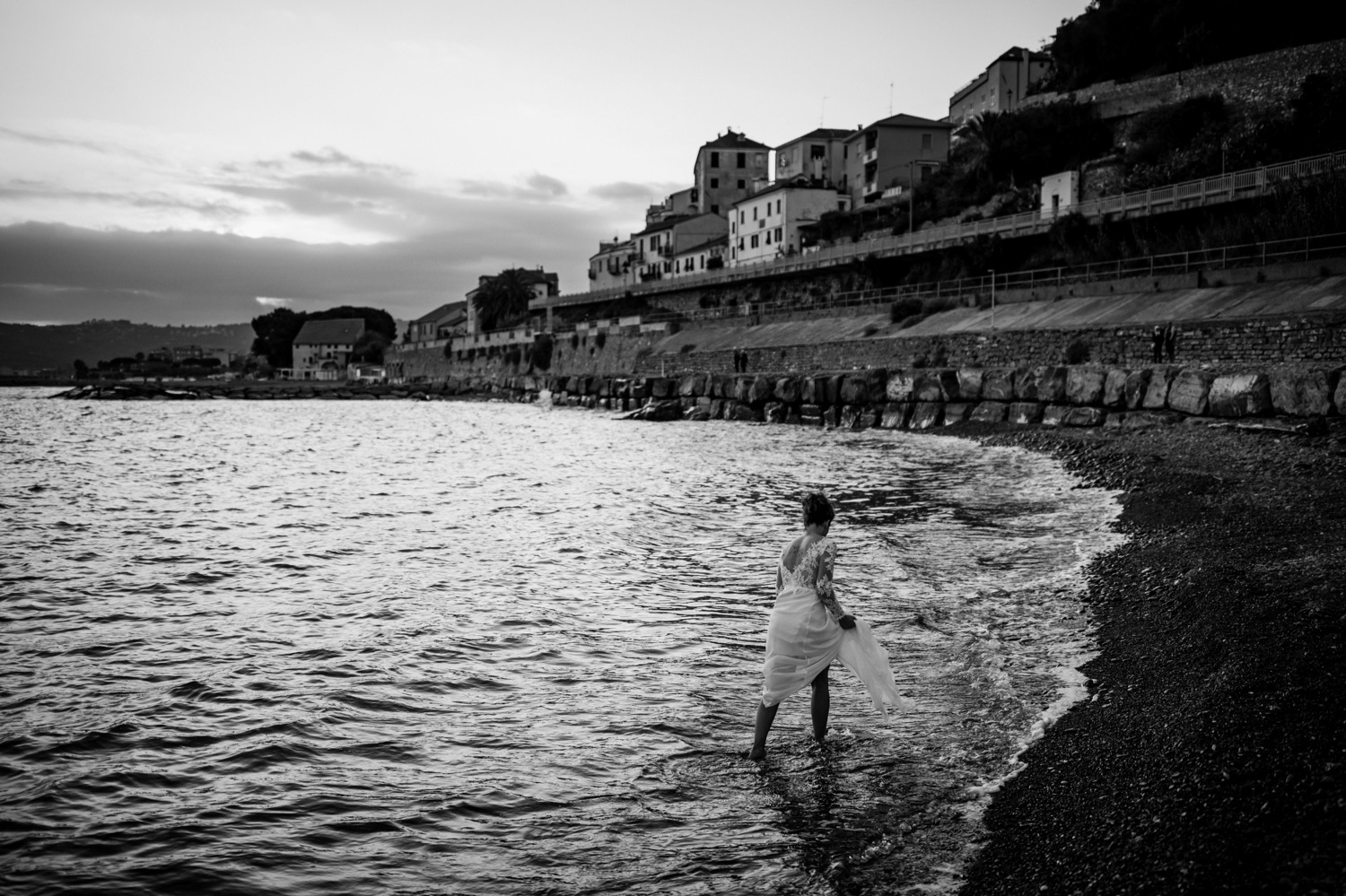